Android touchscreen not working when plugged in

I was having the same issue, although I wasn't as lucky as the two of you. My phone would randomly disable the use of the touchscreen AND the haptic buttons at the bottom. However, the application on the screen would continue to run (animations continue to move, audio still playing, etc.). 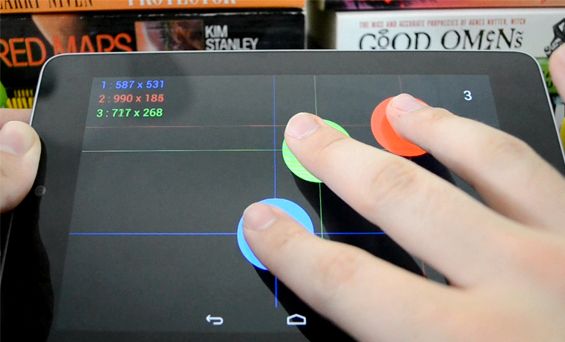 So, after this happened 3 or 4 times, I called USCC told them the problem. Did all their steps and such to try and errect the problem, but to no avail. So, they sent me a new Mesmerize. As all new devices would, it is more responsive, faster, and smoother than the last Mesmerize I had. Something about freshly activated phones makes me get chills all over.

I actually just had a different issue happen to me last night with my phone.

Occassionally, my phone will randomly light up the screen without any kind notification being activated. No email, text, phone call, etc. This is something that I believe is a Samsung phone problem as this happened in Eclair, Froyo, and now Gingerbread. I've even replaced my phone via USCC's phone replacement program and still the problem persists.

I tried waking my phone and unlocking it, but to no avail as the phone was nearly paralyzed. Nothing seemed to work to unlock it and even holding down the power button to turn the phone off seemed to be inactive. So, before attempting to remove the battery, I held the Volume Up and Power buttons until the phone showed the Samsung logo. The phone reset and all was well again.

Not sure what caused this issue, but if it happens again I'm calling for another replacement phone.