Blackberry started in what year

And it's not all about the keyboard

Once a pioneer and leading light in the smartphone market, BlackBerry is in a potentially terminal downward spiral. The Canadian company, formerly known as RIM, established an iron grip on the enterprise and successfully bridged the gap from pager, to handheld computer, to smartphone. 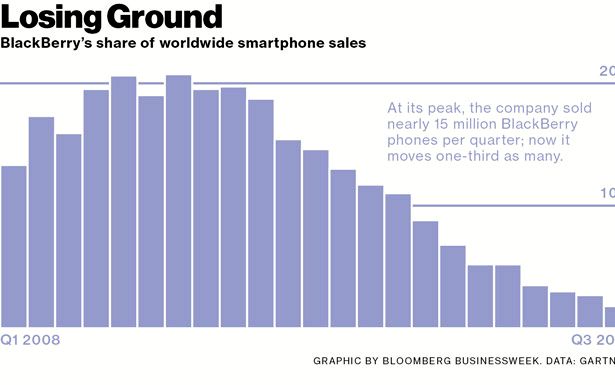 In the last couple of years Apple's iPhone and Google's Android platform have taken over with a combined market share that tops 90 percent. Struggling to arrest a declining user base, amid poor sales of its latest devices, we are now hearing that BlackBerry might sell up .

What better time to look back at the company's rollercoaster ride over the last three decades?

A couple of engineering students, Mike Lazaridis and Douglas Fregin, founded Research In Motion in 1984 in Waterloo, Canada.

RIM enabled wireless communication for point-of-sale terminal equipment, and worked on modems and pagers, paving the way for mobile devices in the future when they were still confined to the

Taking a 60 percent pay cut, mortgaging his house, and sinking £160,000 of his own money into RIM James Balsillie bet big on the company when he joined in 1992. He brought the hard-nosed business sense that would complement the engineering skills of Lazaridis. The two would go on to serve as co-CEOs of RIM for the next two decades.

The RIM 900 Inter@ctive Pager launched in 1996. It was a wireless two-way pager which flipped open to reveal a tiny keyboard and an even tinier display. It enabled peer-to-peer messaging, could send faxes, and provided delivery and read receipts.

It was also capable of sending and receiving email, but its successor in 1998, the RIM 950 Wireless Handheld was really the first BlackBerry.

Sporting a patented keyboard design that made it easy to type with your thumbs, the BlackBerry name came from the appearance of the angled keys. 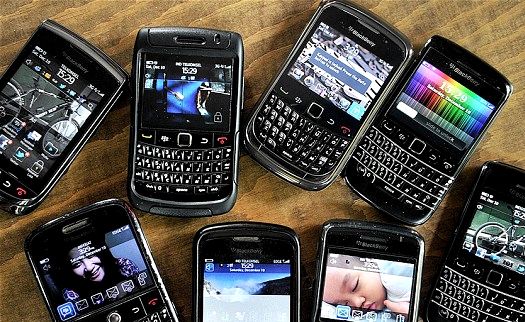 Rave reviews helped RIM to establish a number of important partnerships with companies like IBM, BellSouth Wireless (later Cingular and then AT&T), and Rogers Cantel.

The BlackBerry email service followed in 1999, and then the company listed on the NASDAQ, raising over £150 million. Sales went through the roof and rapid growth followed.

A major patent infringement lawsuit was brought against RIM by NTP and the jury initially ruled in NTP's favour and awarded £21 ($33) million damages.

RIM fought it, but would lose further ground in the battle and eventually have to settle for £390m ($612.5m) in 2006, although the legal case did highlight the growing popularity of the BlackBerry brand.

In fact, such was its power the U.S. Justice Department decided to weigh in, warning against a network shutdown because of the government's reliance on BlackBerry.

It had a positive side too: the BlackBerry network provided backup communications in the aftermath of 9/11 after the phone systems in New York and Washington D.C. couldn't handle the demand.

By the time the case was settled in 2006 RIM had almost 5 million active BlackBerry subscribers and net income of £240 million for the year.

Initially popular with the business community, by 2006 RIM was attracting major mass market attention. The 7100 "Charm" series marked a new focus on consumers and more features followed in the "Electron" and "Pearl" releases, including cameras, navigation, and chat features.

Dubbed "CrackBerry" in the US because of its addictive nature, the BlackBerry brand was riding high and it looked like nothing could stop the keyboard revolution.

Apple launched the iPhone at the start of 2007 and it was set to compete with the BlackBerry Pearl, released the year before.

The Pearl was the first BlackBerry with a camera and a media player and was seen by many as the right move to bring RIM's products closer to the consumer.