The AA is coming to the aid of cash-strapped motorists by launching a fuel price iPhone application that will instantly help users reduce their motoring costs with the touch of the screen. 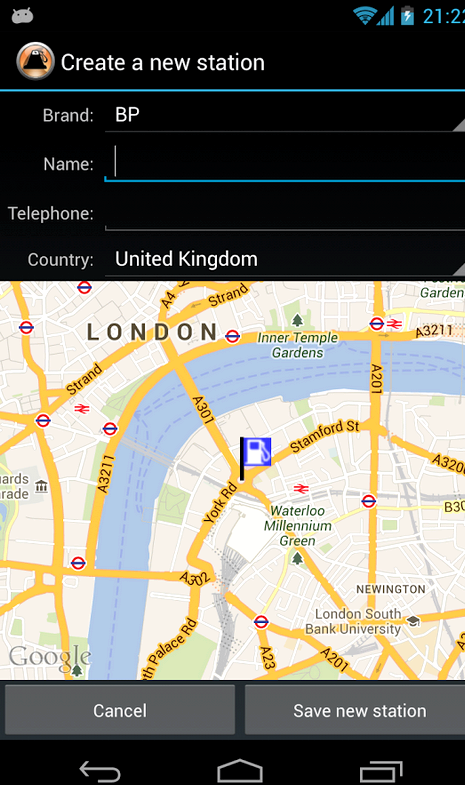 The standalone AA fuel price app is no longer available.

For Silver and Gold Members. fuel prices are now included in the AA breakdown and traffic app - using a postcode or your GPS location, displays the cheapest nearby petrol stations and their prices, saving you money even when you’re in a rush

The app works by first identifying your location. AA Fuel Prices UK then checks the 10 closest fuel stations and ranks the cheapest five. The results are colour coded – green is the cheapest, red the most expensive.

Once the cheapest one has been selected the app will provide directions to the selected petrol station.

Whether it is petrol, diesel or LPG the AA Fuel Price UK app will be able to locate the nearest and cheapest fuel station to suit the users' needs.

AA Fuel Prices UK can be purchased from the App Store on a subscription basis – cost = £4.99/year. By using the app the average motorists would recoup the annual subscription in around 5 months by finding the cheapest fuel.

Prices local to you

For more information on the AA Fuel Price app and to purchase visit the iTunes App Store .

M4 Chieveley Services petrol at 113.9 p/ltr v 108.9 p/ltr in Newbury four miles away. Although the AA wouldn't recommend going any further than two miles off course for cheaper fuel, the £2.50-a-tank saving would make it worthwhile for drivers on the A34 to divert into the town.

On the other hand, drivers on the M4 in Gwent could get petrol for 107.9 at Magor service area, making a diversion off the motorway pointless unless travelling into Newport where petrol was available at 105.9. 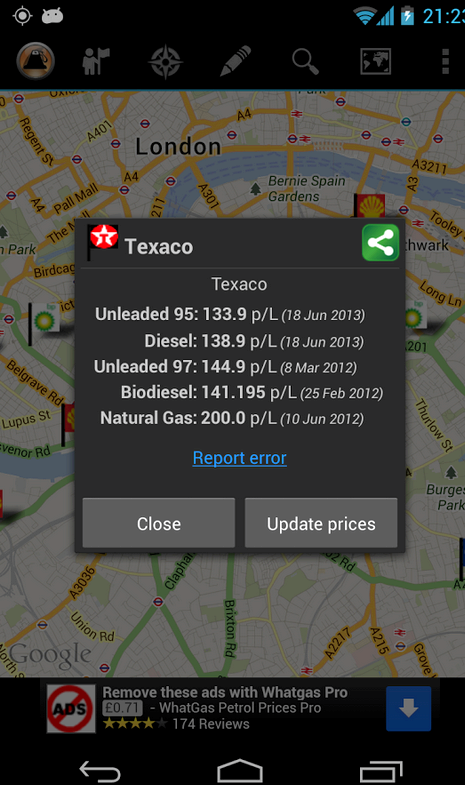 November's AA Fuel Price Report showed that, on average across the UK, petrol prices at Shell, Esso, Jet and Murco were cheaper than at the more expensive main supermarkets, undermining the commonly-held belief that more traditional retailers are more expensive.