What phones is the samsung gear fit compatible with

Why doesn’t the Samsung Gear Fit support the iPhone: Hubris or stupidity?

As I sat in the audience watching Samsung unveil the Galaxy S5 and three new Gear smartwatches. I had potentially life-changing epiphany: Why don’t these smartwatches support other, non-Samsung smartphones? I actually quite like the look of the Gear Fit, and would be tempted to invest — but I don’t own a Galaxy phone, so the value proposition plummets; it’s probably not worth the money. Why is the Fit only supported by a handful of Galaxy smartphones and no others? Why doesn’t Samsung extend support to every other Android phone, the iPhone, and even Windows Phone? This oversight is either stupidity or hubris on Samsung’s behalf. The Gear smartwatches are very simple Bluetooth devices. The fact that the new Gear 2, Gear 2 Neo, and Gear Fit are supported by older Galaxy smartphones implies that there aren’t any special hardware requirements to connect to the smartwatches — you just need Bluetooth, and an app on the smartphone. There have already been cases of enterprising hackers taking the Gear Manager APK from a Samsung device and sideloading it onto another, non-Galaxy Android smartphone — and it works. As far as I’m aware, there’s no technological reason that Samsung doesn’t release a Gear app to the Google Play store, or to the iTunes App Store.

Imagine if anyone could head to the store and buy a Fit smartwatch on April 11, irrespective of whether they also have a Galaxy phone or not. The Fit is, objectively, a really nice piece of hardware; the screen is beautiful, the design is attractive (for an activity tracker), and it has a lot more functionality than any other comparable device out there (Fitbit, Nike Fuel Band, et al.) I suspect, if the Fit was compatible with the iPhone, there would be a surprisingly large number of people who would invest. Likewise, if the Fit supported the Nexus 5, HTC One, and other Android phones, Samsung would certainly sell more smartwatches. Yes, the Galaxy range definitely makes up a large portion of the total smartphone market — perhaps around 30-40% — but by opening the Gear smartwatches up to the rest of the market, Samsung gains hundreds of millions of prospective buyers.

I mean, I can see Samsung’s logic — it desperately wants people to buy into the complete Samsung ecosystem, in the same way that people buy an iPhone, iPad, Apple TV, and MacBook Pro. Samsung probably, deludedly, sees the Fit as a carrot to get people to buy a Galaxy smartphone. The Fit is nice, but not that nice. There are other forces at play (fashion, 24-month phone contracts, app ecosystem) that are far stronger. There could be millions of iPhone users out there who want to buy the Fit, but are 12+ months away from getting a Samsung smartphone from their carrier. There could be lots of people who are willing to pay $200-300 for the Fit, but not $900+ for a new Galaxy smartphone and watch.

If Samsung made the Gear Fit compatible with the complete Android ecosystem and iOS, it would probably become the first smartwatch success story. The Fit would then generate more press attention, more word-of-mouth, and thus more sales. The Fit could be a really exciting product. Instead, Samsung seems content with selling more Fits than the original Galaxy Gear — which isn’t exactly hard.

Samsung is one of the most ambitious companies in the rapidly expanding wearable market. The company offers three wearable devices: the Gear Fit, the Gear 2, and the Gear 2 Neo. All three devices can track your steps, display notifications from your smartphone, and even measure your heart rate. The one major flaw is that these devices are only compatible with a select number of Samsung smartphones and tablets. 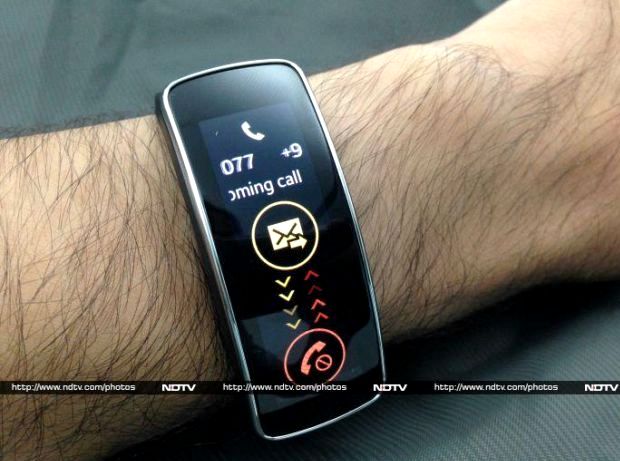 While we haven't been able to figure out a way to use the Gear 2 and Gear 2 Neo with non-Samsung devices, there is a workaround that allows you to use most of the features on the Gear Fit with other Android devices. Here's what you need to know.

The Gear Fit (unofficially) supports most recent smartphones, such as the HTC One M8, Nexus 5, Moto X, and HTC One. I tested the method on a variety of devices and it appears it should work with any smartphone or tablet running Android 4.2.2 or higher. Your results may vary however.

The Gear Fit requires a firmware update before it can be paired using this method. The device must be synced with a supported Samsung smartphone or tablet in order to receive the update. You must then download and install Samsung's Gear Fit Manager app on the Android device you would like to use the Gear Fit with.

The easiest and safest way to get the app is to copy it from an existing Samsung device. This can be done by downloading a file manager from the Google Play store, such as the free ES File Explorer app. Open the ES File Explorer app on your Samsung device, click on App Manager under the Tools menu, long press on the Gear Manager app, and hit backup. I usually then save the Android package (APK) file to my Google Drive or Dropbox account for easy access. The app can also be found on the Web, however downloading apps from third-party marketplaces and online forums can make your device more vulnerable to malware.

Before you can actually install the Gear Fit Manager, you must first enable the "Unknown sources" option on your device. To do this, head to your phone's settings menu and click on the Security option.

Then just simply click on the app file and wait for it to install. Once it's done installing, open the Gear Fit Manager app and sync your device with the Gear Fit. It's as easy as that.

Obviously since this is a basic workaround some features aren't available. For example, you will be unable to create or sign in to your Samsung account or use anything with location service. While weather features and the world clock will be unavailable for use, you can still do all the basics, like receive notifications, track your steps, measure your heart rate, and even use the device's nifty find your phone feature.