What is the dating app hinge

Hinge, the dating app for educated people, has arrived in Sydney

If you have swiped left on every potential partner in Sydney, Hinge might be the new dating app you are looking for.

The app, launched in the U.S. in February 2013, is targeted at a classier audience and uses your Facebook connections and an algorithm to connect you with the right kind of people. 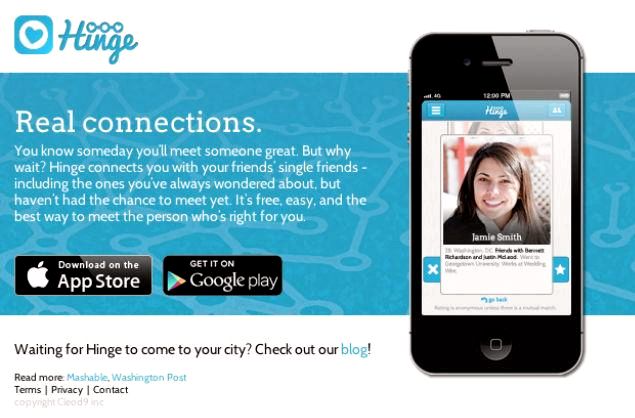 Founder and CEO of Hinge Justin McLeod told Mashable the app was started in Washington D.C. using a bunch of his friends, before it spread across most major U.S. cities. Hinge is currently used in 34 cities in the U.S. with the latest launches in the London, Toronto, Mumbai and Sydney.

Hinge chooses its launch cities based on the number of willing participants sitting on a waitlist. It seems Sydney is desperate to move away from hook ups and get all professional, as there are already more than 1000 potential users signed up.

"We have always grown through the social networks of our users so we watch where people are trying to sign up and London, Toronto and Sydney were some of the biggest markets," McLeod said.

Yet, he is keen to distance his app from the widely-popular dating app Tinder, which launched in Sydney in 2013. He says Hinge's main difference is that it attracts professional, university educated people between the ages of 23-36, while Tinder is more of a casual, hook-up app. This is no doubt due to the required fields including your education, job and hometown.

"People compare us naturally, because our interfaces look similar, but we are very different," he said. "The main differences are: People think of us as a way to meet people rather than a game to play with, and people use us to meet up in real life, not just to chat and flirt."

"People use us much more for dating and relationships as opposed to casual hook ups. Mainly because that's the way the app is designed. It is accountable and transparent as it uses your social media network," McLeod added. 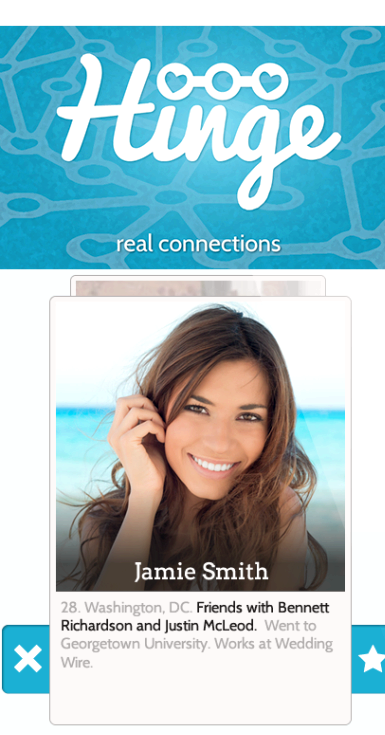 Hinge uses second and third degree connections from your Facebook account. You cannot see your immediate connections on it, except if they are acting as your Hinge — the middle man — to a potential match. You can build your profile up with Facebook photos, personal details such as religion, height and interests and you are able to select your location, which is great for travelling to new cities.

For instance, when I tested Hinge out, the app wasn't live in Sydney, yet I could put the marker on New York and begin making connections there with friends of friends. Although, I only have a couple of friends in New York, at least 40 connections were available.

"Having a large pool to start with makes sure you have a really good, curated experience," McLeod said. "This is the place where dating, which has always been a social experience, is made easier. "

The app brings up a potential suitor and gives you the option to heart or cross them before moving onto the next suggestion. Before saying yes, you can see their hobbies, hometown and university, along with who your mutual connection is. There are also enough photos so that you can see all sides of their personality.

If you have been stuck in a dark room on Tinder, the app takes a little to get used to (though you can still swipe if you need) and at times, saving your details and your photo curation can be a little slow, but overall it is a straightforward app that works beautifully.

McLeod has big plans for Hinge, which already sees 35,500 dates a week and 1,500 relationships formed, after raising $12 million in Series A funding in December. It has nowhere near the reach of Tinder, but for a more personalised product, it certainly feels more intimate. Even pressing the heart or cross seems less flippant than a swipe. 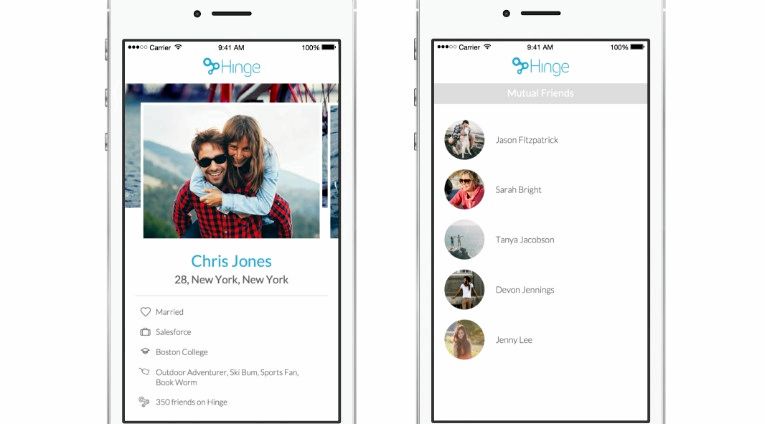 If you want a 5'11, Sydney Uni grad with a love of adrenaline and science who knows your best mate Jeremy, Hinge has the market covered.

Have something to add to this story? Share it in the comments.