What countries do dual band phones work in

What Are the Differences Between Dual-Band, Tri-Band, and Quad-Band in Mobiles and Smartphones?

The band referred to on mobile phones and multimedia smartphones has nothing to do with 2nd, 3rd generation, or 4th generation protocols but the frequency on which the phone operates. Dual means two, tri means three, and quad means four, and these prefixes indicate the frequency transmission available to the specific phone and the arrangement with the service provider and carrier. A 3G phone or a 4G phone uses W-CDMA 2100 (Wideband Code Division Multiple Access) to provide video telephony and increased data speeds. Although it might appear that a 3G or 4G phone can do so much more, it does not upgrade the band frequency. A dual band phone remains a dual band phone and a tri band stays a tri band.

Cell towers are the base stations at the centre of signal transmission for mobile phones. They are large physical features responsible for receiving and transmitting the radio signals of a phone via their antennae. Packets of compressed information make use of the functional space available in a network, and where there might be blockages, the signal can be rerouted to take advantage of a nearby, non-adjacent free cell using a different frequency. The cells referred to are divisions within a geographical region that the cell towers belong to and the network of honeycomb coverage. As long as the information being transmitted remains audio, there is seldom any time lapse or delay in delivering the packet of information between connection and response. Information requiring greater bandwidth such as video information can experience interference, degradation, or failure if local cells accepting and forwarding the information are compromised by excessive usage, poor weather conditions, or a malfunction within the information processing. Satellite mobile phones use different technology. The range between cells allows mobile phone users to have continued transmission over hundreds of miles as the information transfers from one cell to another in an automatic handover or handoff between transceivers. Cell clusters have established protocols that can make decisions about reusing frequencies to optimise coverage and capacity based on distance and weight of use and so minimise co-channel interference. 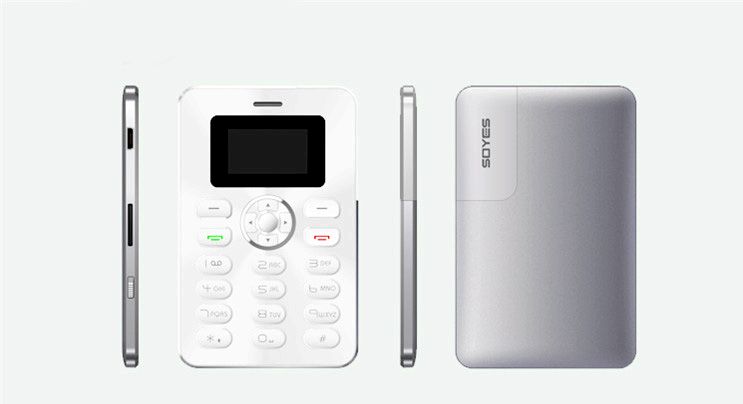 Apart from understanding what system a phone uses for decisions about which type to use when travelling outside a home country in order to connect with an appropriate service provider, knowing the type of standard used is important when trying to unlock a mobile phone. Digital transmission permits more channels per cell than analogue transmission. This form of transmission uses different technologies, which are FDMA, or Frequency Division Multiple Access, TDMA, or Time Division Multiple Access, and CDMA, or Code Division Multiple Access. FDMA differentiates calls by frequency, TDMA by time and CDMA by code. The word Division in the acronyms relate to how the technology is split as determined by its method of access (the initial letter). FDMA lacks the efficiency required by digital transmission and is used primarily for analogue phones as it sacrifices the same amount of space based on frequency to dedicated voice channels with the same size bandwidth. The Electronics Industry Alliance and Telecommunications Industry Association utilise frequency bands 1900-MHz (IS-136) or 800-MHz (IS-54) in TDMA systems, a technology based on time slots afforded to transmissions. It splits a 30kHz wide channel into three and processes compressed voice data. TDMA is also the preferred technology of the international standard Global System for Mobile communications (GSM). CDMA, using wide bandwidth and GPS technology, seems like the perfect solution with its use of unique codes for individual phones. However, while TDMA is in operation, the noise it produces can interfere with CDMA reception and either jam or overload it. EDGE is Enhanced Data GSM Environment used in the USA. Though it is only a 2.5 protocol, it outperforms GPRS in term of data transmission speed. GPRS is General Packet Radio Services. It is a protocol for running remote applications and interfacing with the Internet for instant messaging or wireless exchange of emails.

A multiple band facility on a mobile phone allows a variety of radio frequencies to be accessed. Multiple modes refer to the transmission technology type and typically use TDMA and CDMA2000 technology, which replaced the Advanced Mobile Phone System (AMPS) for areas not supported by digital transmission. Phones will make an automatic switch from their default position to locate the best provision of service in the area where they are being used, first searching for a suitable digital transmission and then if that fails, searching for analogue support. Tri mode phones are commonly dual mode phones with the GSM element supporting two types of band. Smartphones using 3G and beyond use additional technologies to provide an increased bandwidth and faster transfer rates for Web-based applications as well as phone-based video and audio files. These include CDMA2000, WCDMA (Wideband Code Division Multiple Access) or UMTS (Universal Mobile Telecommunications System) and TD-SCDMA (Time-division Synchronous Code-division Multiple Access).

How to Find Dual-Band, Tri-Band, and Quad-Band Mobiles and Smartphones on eBay

A visit to eBay will present a home page where different categories are displayed. To find Dual-Band, Tri-Band, and Quad-Band Mobiles and Smartphones first hang the cursor over Electronics & Technology. and when the sub-categories appear, click on Mobile Phones & Communication. This will open a new page where the top category Mobile & Smart Phones should be clicked. When the listings appear, choose a phone that matches requirements and pay attention to the Detailed Item Information beneath the Description and Item Specifics. The most important information relating to the type of band is listed under Key Features, specifically Network Technology and Band entries. The network technology will state the type of technology used, for example GSM/GPRS/EDGE and the band information will state whether the phone is dual, tri, or quad band. Any refinements relating to colour, brand, or model can be checked in the grey box to limit search parameters. If these are already known, instead of following the steps outlined earlier, use the search box with keywords to describe the desired item, say 'smartphone quad band' and allow eBay to conduct a search for the best match. Once this has occurred, other options such as colour preference, Model, SIM Lock, Storage Capacity, or features can be checked.

The best global coverage for phone users who travel widely is provided by phones offering quad band function. Having access to all four frequencies supported on the GSM standard means there is no requirement to change phones or request additional operations from a provider when abroad. Depending on the frequency of changing location a dual band or a tri band mobile phone could suffice, especially when contracts include free roaming or discounted prices in their service bundle. As transmission depends on the status of the cell towers and how much traffic they have to transmit. In large geographical areas with few towers, service can be compromised if there has been physical damage to the structure, as the signal cannot be relayed to the next neighbouring cell regardless of the band type the mobile phone possesses.