What can i do if my ipad screen cracked

My quest to fix a broken iPad

Media caption After breaking her iPad 2 screen, Click's LJ Rich decided to learn how to fix it herself.

Considering our reliance on smartphones and tablets, and their susceptibility to being cracked, it's surprising there hasn't been more of an outcry over why they are so difficult to fix.

I was crest-fallen when my iPad 2 fell on to a hard floor and the screen smashed so one day I tweeted idly asking whether I could fix it myself.

There it would have ended, except one of my followers tweeted me a link to a screen replacement kit for £15 - much less than the £200 I was quoted at the Apple Store.

I clicked, bought the replacement screen then realised I had committed to a mission to fix my own iPad.

So I visited iFixit - a crowdsourced website packed with tutorials on how to fix equipment.

The guide to how to fix an iPad 2 looked well laid out, but complicated and intricate. It was rated "very difficult".

But I was determined that that wouldn't deter me.

I'd spent £15 after all. Further research revealed tales of broken glass and an almost certain guarantee of breaking something. Not exactly encouraging.

My next port of call was the Restart Project - a group of volunteers who give amateurs advice on how to extend the life of their gadgets.

Image caption LJ uses a heatgun to remove the adhesive

Since last year, the movement has expanded to more than 40 countries, and they now offer "lunch hour" clinics in the workplace as well as holding evening and weekend parties. They offer advice on how to fix broken kit - and attendees accept the obvious risks involved in DIY repair.

Before we continue, some warnings: if you think you're covered by a warranty you'll probably want to take your broken gadgets back to where you bought them.

And the damage can be more personal - there is potential for electric shocks and bleeding fingers from broken glass.

I wasn't put off - after all, my iPad is ancient, so I popped into one of their London events. 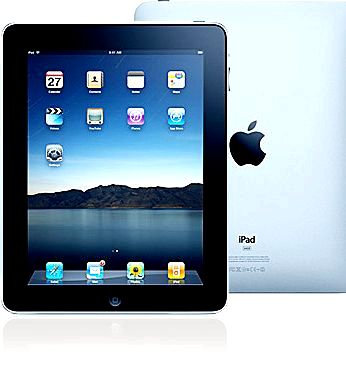 I didn't fancy doing a job like this unsupervised, plus they'd agreed to lend me a heat gun, which is like an industrial-strength hairdryer.

I used the heat gun to soften the adhesive that sticks the device together. Once the glue softened, I used plastic and metal implements called spudgers to prise my much-loved gadget open.

The first incision was terrifying.

Francis, a "restarter", kept an eye on me to make sure I didn't hurt myself. I wore safety glasses, and used sticky tape to collect tiny broken glass fragments.

But important preparation such as reading guides, watching videos and memorising the steps in advance could not prepare me for the horrible reality of gouging out my kit.

It was a taxing combination of brutal heavy-handedness and a delicate, dexterous light touch. Tablet repair is not a task I would encourage anyone to try without careful consideration and a healthy disrespect for the warranty.

Janet Gunter, co-founder of the Restart Project, wants more companies to think about people's ability to repair their own devices.

"Stuff is getting more difficult to open and we're seeing that in the events that we're hosting. We're going to reach a point where it's going to be hard to help people fix things in a three-hour period.

"People always beat up on Apple but the point is everything is becoming sleeker, smaller, more sealed together and more difficult to open."

I was determined - and finally removed the screen after three hours of prodding, poking, prying, scraping and applying heat. Everyone cheered.

After removing the glass I undid four little screws and gently lifted the screen to reach the touchscreen connector behind it. I pulled out data cables, and prepared to do it all again - this time backwards.

My tablet rebooted and connected to the web successfully.

I had avoided the most common mistake - breaking the wifi/bluetooth antenna stuck to the glass next to the home button.

But it was only a partial victory. During the removal of the glass, I'd severed the connection to one of the antennas at the top of the device. I couldn't consider it a complete repair, and was a little despondent.

He was at the event and was impressed that I'd even attempt a tablet screen repair, let alone try to replace the GPS antenna myself. He found me a replacement antenna and we arranged to meet at the next Restart party.

The quest for a fully repaired tablet was back on!

Alex told me it was normal to break something on the first fix.

Alex's professional tools were much more precise than the ones I'd bought online. I got right down to the logic board, removing the camera assembly, unpeeling tiny bits of tape, unscrewing tiny screws.

An excruciating exercise indeed - but seven hours later I had finally done it - taking five hours longer than a competent professional. I was too tired to cheer, but immeasurably happy - and I am still happy as I'm writing this article on my self-refurbished device.

The Restart Project aims to empower people to fix stuff themselves - and I certainly felt exhilarated after such a difficult repair. For me, after opening an iPad, nothing feels impenetrable.

But crucially I was prepared to break my kit in order to understand it - and I'd advise anyone to think this way if they are considering DIY repair. Because sometimes it's not the winning - it's the taking apart that counts.