What cable to use to connect ipad mini to tv

It's a Saturday morning, which means it's a good time to answer a popular question from the Hardware 2.0 mailbox.

How do I connect my iPhone5/iPad 4/iPad mini to my TV?

I'm going to assume that since you own an iPhone/iPad/iPad mini that you have a TV that's new enough to have an HDMI port. 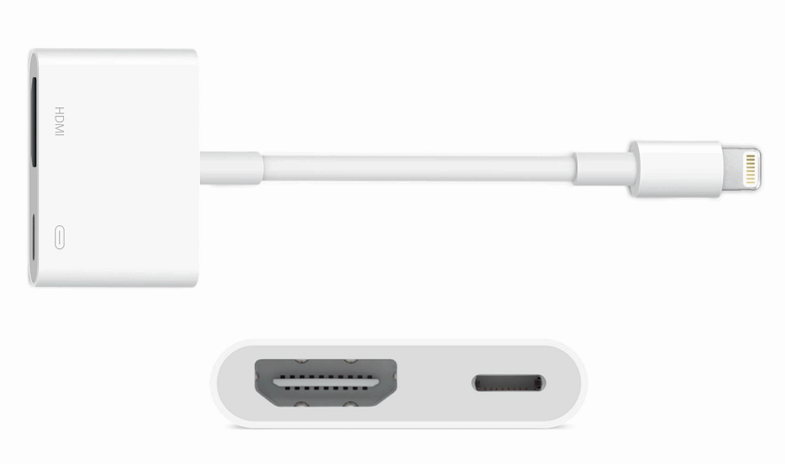 OK, if your TV has an HDMI port them you have two choices. One option will cost you $49, and the other will cost $99.

Let's start with the cheaper of the two options – buying Apple's Lightning digital AV adapter cable. This is simply a cable with a Lightning connection on one end, and mini HDMI on the other.

This adapter will allow you to mirror whatever is on the screen of your iPhone 5, iPad 4, iPad mini, and fifth-generation iPod touch – including apps, websites, photos, video, slideshows, and more – on any HDMI-equipped TV or display, up to 720p HD.

The adapter will also carry audio from your iDevice to the TV.

If you want to pipe content to a display that has a VGA connector, use the Lightning to VGA adapter. which will also cost you $49.

That's the cheap option. The $99 involves buying for yourself an Apple TV set-top box and hook this up to your TV using an HDMI cable, which, oddly enough, is not included in the box.

This will allow you to not only connect your iDevices to your TV, but also allow you to stream iTunes content, and access other services such as Netflix and YouTube.

Which should you go for?

Personally, I like the Apple TV, because it has more features than just an adapter. But the downside of this device is that it is bigger than a Lightning to digital AV adapter and is also requires a power cord. However, if you are looking for a portable solution, then maybe the adapter will suit your needs – even if it does cost an eye-watering $49!