Yesterday we saw 5 useful ways in which a user can speed up his non-rooted Android phone. As we already mentioned that a rooted Android device always has an extra edge over the devices that are not rooted, the former is bound to have some added tips using which you can make the device even faster. 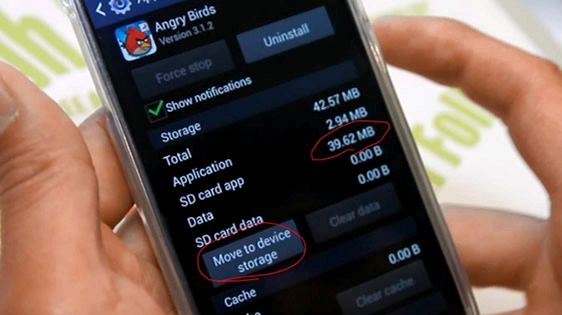 So let’s have a look at the additional 4 ways in which a user can speed up his rooted Android device.

Note: All these tips require skilled hands. If you have no idea about rooting Android phones and installing custom patches, it’s better to stick with the tips we mentioned for the non-rooted phones. Don’t blame us if something goes wrong with your device in the process.

1. Use App2SD app with Root Support.

However, if you have a rooted phone, you can move any app to and from the SD card using dedicated apps for the purpose. DroidSail Super App2SD (ROOT) is one such app that can help you with the task.

By default, an Android phone is set to work on a specific CPU clock frequency, and it’s governed by the device kernel. There are many Android developers who develop their custom kernel that supports overclocking.

If you install a kernel that can be overclocked, you could increase your device CPU clock by a few megahertz and make your device run faster.

3. Use Custom ROMs and Keep them Updated.

When you open and run a factory-sealed phone, it comes with a stock ROM. These stock ROMs are developed keeping in mind the masses, and thus they always have a lot in them that you never use. Custom ROMs, on the other hand, are developed by an individual or a team that uses the stock ROM framework, optimizes it and makes it faster and more scalable.

You can find these Kernels and custom ROMs for your phone on the Android XDA Forum if at all your phone falls in that category.

By default, some apps come preinstalled with your stock ROM that you don’t need. Now in ICS, a user has the privilege to disable these apps. but if you have an Android phone that doesn’t run ICS yet, you could still uninstall these system apps and free up some space on your phone memory using a third-party app.

Titanium Backup is one of the best apps that can help you with that.

So try out these tips, including the five we mentioned before for non-rooted phones to make your Android phone run faster. If you have some additional tips you would like to share with us, the comments section is the best way to start a discussion.