Phone fell in water what to do

Here’s the Right Way to Rescue a Soaking Wet Smartphone

It fell in the toilet. The clumsy waitress knocked a glass of water onto it. You forgot it was in your pocket when you jumped into the pool. That’s just a few of the hundreds of ways your phone could come into life-threatening contact with liquid. When it happens to you (and it will), as soon as you’re done freaking out, you’ll probably begin frantically tapping all the buttons, blowing on it, or blasting it with a hair dryer to quickly get rid of all that water.

While those are all well-meaning actions, guess what? Totally the wrong approach. Here’s what you should do.

First, retrieve it as quickly as possible. If your phone is still in the bottom of the jacuzzi or the toilet, get it out ASAP. The longer it’s in the liquid, the greater the likelihood damage will be.

Once the device is no longer submerged, if you can, take that battery out. Don’t even bother powering it off, don’t press any other buttons, just open up the phone and pull the battery out. If you can’t do that though — if you own an iPhone or another device that’s impossible to quickly pry apart — you’ll have to settle for just carefully powering the device off. You want to cut off power in the device as quickly as possible to prevent the possibility of a short circuit.

Now — Do not blow-dry it or stick it in the oven. The heat can damage the delicate electronics inside. What you should do is give it a quick wipe with a clean towel, making sure no water accidentally ends up draining into its ports or other openings. If there are traces of water trapped inside cracks or indentations in the case, try carefully and conservatively using compressed air to blow it out. Just be careful not to blow the water further inside the phone.

Next we have a few different options. Many folks swear by stuffing your phone in a bag of dry rice, and letting it sit for 24 to 36 hours or more. This is cheap, easy, and can be done in a pinch. But this method could have some negatives: If the rice absorbs the water well, you may be left with a mushy rice mess stuck in its creases and I/O ports. Those with skin in the game (as you’ll see below) also say that the starch from the surface of the rice can get inside your phone and muck it up, but I haven’t been able to find solid empirical evidence of this. To be safe, wrap the phone loosely in a paper towel before dropping it into the rice.

The smartest option is to keep synthetic desiccants on-hand. They are far less messy, and they work more quickly and efficiently than rice.

The $20 Bheestie Bag is one option you can order and keep on the shelf at home. You can drop your phone in the airtight plastic pouch periodically (like after your jeans get soaked in a rainstorm) to make sure no lingering moisture starts doing damage inside your handset, or just use it if your phone encounters a full-on liqui-mergency.

Dry-All is another product you can buy and keep with you just in case. Same deal as the Bheestie Bag: you just seal up your phone inside the pouch, which is filled with desiccant, and then wait the specified amount of time (24 to 48 hours) to let your phone dry out. You can grab a pouch for as cheap as $6 on Amazon.

Drybox is another option. You can use its website to find retailers in your city that have a Drybox you can use on-site. After you’ve powered down your phone post-plunge, you just head to one of these Drybox locations and within minutes, your gadget should be bone dry and restored. While San Francisco had many to choose from, other cities like Houston, TX, and Santa Barbara, CA did not have any Dryboxes nearby, so do your research. 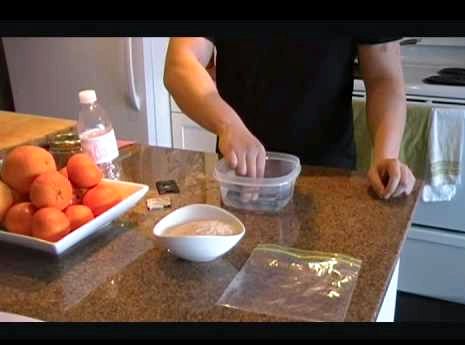 Of course, the smartest thing you can do is begin hoarding the desiccant packets you’re already getting for free. Start now: Every time you see a loose desiccant packet in a box with a new pair of shoes, a hard drive, a shipment of spices, or whatever, pull it out and save it. Dump them all into a plastic or glass container you’re certain has an air-tight seal. After you’ve collected a bunch of them, you have an emergency phone-rescue pod ready to go. Just drop the dunked phone into the container, seal it up, and you’ll get the same results as any of those other commercial options.

The trick to all of these methods is that for the desiccant to do its magic, it needs to be in a sealed container so that it can absorb water only from your phone, and not from the outside air. Also, you need to have enough of the desiccant present to absorb all the water.

Following these tips, there’s a good chance your phone could survive its untimely spill. But if it takes an especially big plunge, you could be SOL. In which case, it’s time to buy a new handset.

Help! I Dropped My Phone in Water!

It’s the ultimate “Oh crap!” moment: You pull your pants down to use the toilet and hear a splash as that expensive cell phone drops from your pocket into the water.

According to cell phone repair companies, fixing iPhones and other smartphones with water damage accounts for a significant portion of their business.

A study by marketing agency 11mark found that 75 percent of Americans with mobile phones admitted to using their phone in the bathroom, which adds up to a lot of cell phones precariously close to water.

“We get ‘I dropped [my phone] in the toilet’ once or twice a day,” says Roger Kabir, owner of cell phone repair company Dr. Phonez in San Antonio, where water damage repairs start at $80 and go up depending on whether or which components need replaced. Dr. Phonez uses a proprietary system, “Drybox,” to draw out moisture before cleaning internal parts with an ultrasonic alcohol bath.

While dropping your iPhone or smartphone in water will typically void the warranty — most phones have indicators that will change color when they get wet — cell phone repair companies offer storefront or mail-in services for everything from cracked screens to water damage.

Dropped your phone in the toilet? It happens

If you've dropped your phone in the toilet, you're not alone.

It happened to Angie’s List member Pam Murphy of Waxhaw, North Carolina, when her Motorola Droid smartphone took a plunge in the porcelain pool.

“The first thing I went was, ‘Ewww,’” she recalls. “But I heard the splash and then just didn’t think. I reached in.”

Her quick reaction — swiftly removing the cell phone battery, drying off the water with a towel, wiping it with rubbing alcohol and letting the smartphone air dry — helped resuscitate and fix the water-damaged phone. It worked, but Murphy’s phone-fishing adventure left her setting her sights on a new water-resistent cell phone.

But for the oopsies with a cell phone that isn’t waterproof, there’s still hope.

Beyond rice: How to save a wet cell phone

• Remove the phone battery if you can. Some smartphones, such as the iPhone, don’t allow the battery to be removed, so at least turn your cell phone power off.

• Resist turning it back on or plugging it in, which can ruin internal components and destroy the phone.

• Despite its popularity as a wet-device cure, placing your cell phone in a bag of uncooked rice may dry it out but won’t always be enough to fix the phone since minerals in the water can dry and potentially react with materials inside the phone.

• Take the device to a phone repair shop within a day or two, so they can take it apart, dry everything inside, clean off minerals that could cause corrosion and replace any parts that no longer work.

Even if the water-damaged cell phone appears dry, minerals that were in the water can corrode delicate metal components over time, according to Ned Hosic, founder of Boston iPhone Repair .

“It may work fine right away, and slowly begin to lose one function, then another, until it’s completely dead,” Hosic says, adding it’s impossible to predict what’s salvageable without opening the phone case.