Everyone has fallen for the charms of the Nokia 5800 . making it the smash-hit smartphone of the year. Since it’s launch, it’s proven popular with both seasoned smartphone users and first-time fans alike. 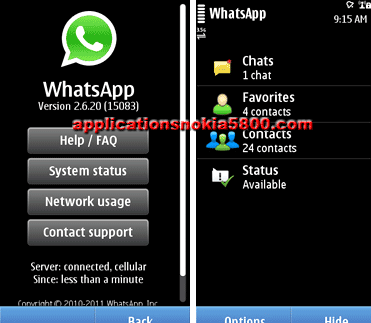 Part of its success boils down to the number of apps and tools you can download direct from third-party sites or even direct from the device itself. Nokia will launch Ovi Store . it’s own app store, in May but in the mean time we thought we’d bring you the Top 10 free apps every Nokia 5800 owner should have.

Sports Tracker is one of those apps that just works. You won’t find anything else like it anywhere. If you exercise regularly then this is the perfect tool for you. As the name suggests, it tracks your development but as it works in sync with the GPS built into the 5800, it’s able to log your routes and also keep track of your best times. You can upload the results to the Sport Tracker site and share them with friends. Overall, Sports Tracker brings a great deal of social networking to exercising.

Another great way of making the most of the GPS in the Nokia 5800 is to use Nokia Maps. This latest version works seamlessly with the 5800 in both Landscape and Portrait mode. It’s a fantastic way to plan a journey on your laptop or PC before you leave the house, sync it with your Nok and away you go. Nokia Maps 3.0 comes with a host of new features, such as astart-up sequence that takes you to your current position, to little things like 3D map rotation on key landmarks

Fring is one of those great little apps that allows you to make the most of Wi-Fi and public hotspots. It’s a VoIP and chat client that works with most of the leading social network tools, bringing all you contacts together in one place. This latest version has been optimised to make the most of the Nokia 5800’s touchscreen, so tapping on contacts is a good deal easier.

One of the things we miss on a lot of newer Noks is the inclussion of a torch – don’t ask us why, we just do!Nokia mayhave forgotten about adding this function to its devices but it seems a fondly remembered app. So, this third-party tool does exactly that, it brings light to where there once wasn’t any. It uses the Nokia 5800’s dual-LED flash lights to maximum effect. One word of warning, as this isn’t an official app we’d use it sparingly as there is no guarantee it won’t trash the LEDs over time. 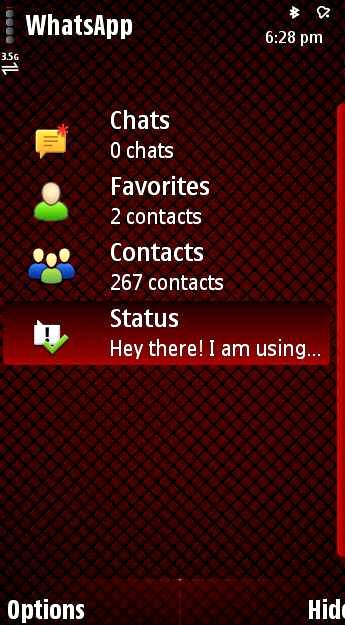 The Nokia 5800 comes with Web which is a great little browser in its own right but Opera Mini just loads smoother, faster and makes so much more sense, especially when you think it’s free and also one of the best phone browsers out there. It manages data speeds by leaving most of the bulky content behind, simply delivering what you need to see to get the most from your browser experience.

If you need to share files with your laptop or desktop PC and keep a copy on your Nokia then this handy little app is all you need. The latest version of Files on Ovi is compatible with the Nokia 5800 but it pays to set up this neat little widget that gives you access without having to log in every time.

Qik isn’t a well known app yet but it’s growing in popularity, as it allows you capture live video using the Nokia 5800 3.2-megapixel camera and stream it direct from your device straight to other users. The 5800 may not be the best solution for this software but it works well and is clearly the best in the field.

So, you want to watch last night’s programmes that you missed. While the Nokia 5800 isn’t the perfect size for TV shows, it works surprisingly well – once you’ve got the latest firmware version running that is. What’s more, the BBC rushed out a solution for the 5800 faster than it’s done for any other phone, which shows you you’re not alone in your viewing habits.

If you want to use the Nokia 5800 for work purposes then you won’t find a built-in document viewer. However, QuickOffice is a free app you can get hold of direct from the handset itself. It allows you to view Word, Excel and even PowerPoint presentations. You won’t be able to edit stuff on the fly but at least it’ll keep you abreast of what’s happening while you’re on the move.

If you want to zoom in on images and switch between them at the tap of the screen, and put Apple users to shame in the process, then you need  PhotoFlow Image Album. All you need to do is load up your images and then a quick double-tap on the touchscreen and you’ll be able to zoom right in. What’s more, you don’t need to go rooting around for this app a it’s accessible on your phone now.