Apps that listen to music and tell you what it is

How to Easily Identify the Song You’re Listening To

Do you have a song stuck in your head? Did you listen to a new song and now you’re humming it? Do you just remember a few words from that song? Or even better, are you currently listening to the song? In either case, you’re in luck, because we have got a list of utilities that can help you identify a new song you’ve heard! 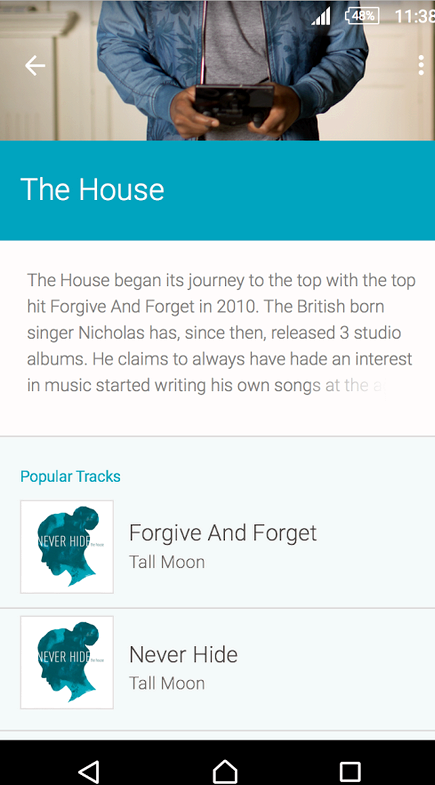 There can be two situations in which this method is applicable. One, when you’re listening to the song. And two, when you’ve listened to the song and all you remember are some lyrics and the tune of the song. We will discuss both one-by-one.

When the Song is Playing

Suppose you’re at a party or at any other place, and you hear some music playing. You like the music, and really want to know what it is. No problem! Most (if not all) of us have a smartphone now. Just be sure to have the Shazam (iOS – Android ) or SoundHound (iOS – Android ) app installed in your smartphone beforehand.

The next time you come across a song that you haven’t heard before, and want to know what it is, fire up the app. Both these apps work the same way. Tap the screen and the app will start listening. It will record a short sample of the song and will begin to upload it once the recording is done. In a few moments, you’ll be presented with the name of the song, the artist, and even more information about the song. The app will also provide you with an iTunes link or other links to buy the song. It’s that simple!

However, if you don’t have the app installed, or if your phone doesn’t support these apps, there’s still something you can do. Almost all phones offer a ‘voice recorder’, often built into the phone. So all you need to do is record the song as it is playing, and save it. Then whenever possible, transfer the recording to your computer, and play it back to check if the quality is good enough. Then you have to make sure that ‘Stereo Mix’ is enabled. Basically this allows your computer to record streaming audio. Here’s how to enable stereo mix in Windows 7. Once that’s done, head over to midomi. and click the ‘Click and Sing or Hum’ button. 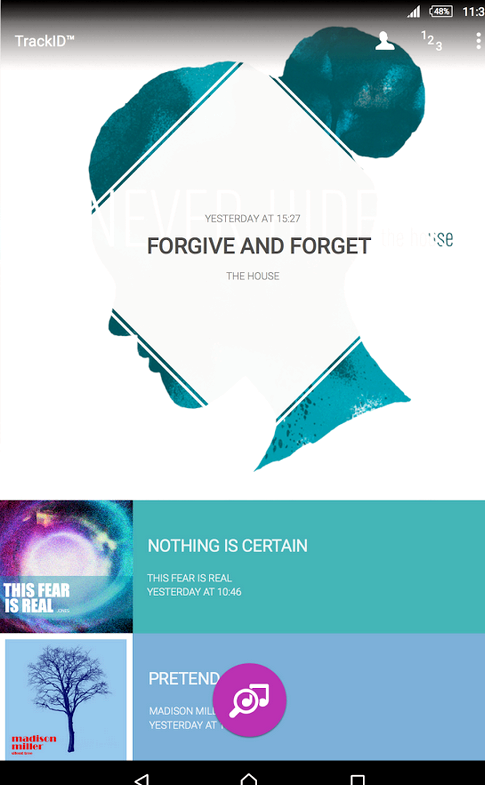 Now midomi is listening, so play the recorded sound clip and see if midomi is actually recording (you can see the sound level bar move and spikes being created). After some time, the recording will stop, and it will start uploading the recorded clip.

And in a few moments, you will be presented with all the details of the song.

What’s even better is that this method can also be applied to any other audio being played in your computer. So if you’re on YouTube, watching a video which doesn’t mention the music used in the video, you can just open up midomi in a new window or in a new tab and follow the procedure.

When you have already listened to the song

Once the song has finished playing, there are a few things you can do to identify what it was. Let’s start with the simplest approach: When in doubt, Google it. If you remember any phrase, or any words from the song, just type them into Google, with the word “lyrics” in the end, and you’ll be presented with a couple of search results. Thanks to the various lyrics websites over the web, searching a song by only a few words of the song can bring up accurate results. Chances are, you’ll come across the correct song in the first attempt, and you can look it up on YouTube to confirm if it is the right song. But if the results are mixed, you can search for most of the top results to see which one it was.

For example, the other day I was listening to a song on the radio, and all that I remembered out of the whole song was a catchy phrase, almost in the middle of the song. Let’s try looking it up on Google.

I’m presented with several results, and all the results are quite similar.

And yes, I have successfully identified the song I was looking for. Confirmed that via YouTube!

But what if the song you listened was an instrumental, an electronic track. Or even more, a song in a language that you don’t even understand. For that, we need to go manual. Whether you remember anything or not, you might remember the tune of the song, and that’s what we’ll use. Remember midomi? It was actually intended to be used with real human voices, and that’s why it said “sing or hum”. So now you can head over to midomi again, and this time, be sure to have your microphone enabled (instead of stereo mix). Be confident, you need to find a song, and be sure you can do it. Sing the song, let midomi do the searching, and it will hopefully come up with suggestions based on what you sung. But it is worth mentioning, it doesn’t work all the time. so there’s a workaround. Head over to WatZatSong. It is a community of music enthusiasts who can identify most songs and tracks. So visit the site, create an account, and record the song.

Also specify the genre and language of the song, if you know what it is. Finally, it never hurts to add a bit more information, like, where you heard it for the first time, and other details that might be helpful. You can also upload a recorded sample if you want to do so. For instrumental tracks, you can either hum the tune, or play it on an instrument if you can do so.

Your recording will be submitted to the community. Then the members of the community will listen to the song, and hopefully someone will be able to tell you what the song is.

Now you can go ahead and search for songs or music you’ve heard and liked in the past. And as for the future, be sure to follow the first method (using apps to identify music), it is definitely easier to identify the song while it is playing. So, have you ever tried looking for music this way? Tell us in the comments.