Nokia 6300 and Nokia 6303 are two feature phones released in 2007 and 2009 respectively. At their time of release, they were good devices running the S40 Symbian OS.

Under the hood, the Nokia 6300 features a 2.0 inches 200 PPI screen with a TFT active matrix display. It has a somewhat disappointing 2.0 MP camera and a QCIF Video camera that can shoot 480p video. It has 7.8MB internal memory but can support the external memory of up to 2GB. It is Java ™ enabled with the ability to run MIDP 2.0 applications. 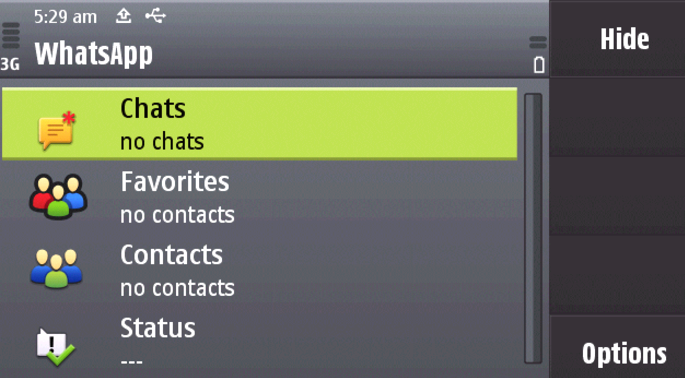 It has Bluetooth connectivit y, radio, and a mini USB.The phone has 860 mAh batteries and weighs 91 grams. The 6303 is the successor to the 6300.It is a more improved version of a better camera 3.2Mp, more resolution on the display, more modern design, a bigger 1050mAh battery. The Candy bar phone supports up to 8GB memory card .

WhatsApp is an immensely popular free cross-platform messaging app that allows users to send and receive messages, images and videos using via a data connection. If you were seeking to install WhatsApp on these two phones, the 1st place you should check the WhatsApp Nokia List .

Unfortunately for these two, they are not there. There are several reasons why a phone may not run WhatsApp. It should be pointed out that these two phones came into being way before we had WhatsApp. So that they still running strong is a testament to how reliable these two beloved Nokia’s are.

The Nokia 6303 has only 18 MB whereas the Nokia 6300 has even more disappointing 7.8MB.These capacities are too small in the world where 16GB has come to be accepted as a bare minimum. WhatsApp needs enough memory to do what’s it’s meant to Do. It is a multimedia messaging platform that’s sends videos and Images. Even the size of the application itself can barely be enough. At the time of their release, these two devices lacked support to run applications from their memory card.Both have capable external memory support that is fast but require OS support to optimize it .If you do manage to install it using back, street non-supported methods, expect force shutdowns and weak performance.

It comes with S40 OS software that is unfortunately not upgradable to the latest Asha platform. It renders it useless in today’s world.

It comes with a fixed 64 MB of RAM that is simply a joke in today’s world.2GB RAM is the industry standard, and 4GB devices are becoming more common. WhatsApp needs around 150 MB of RAM for it to run smoothly. At 64 MB RAM. it will have forced shutdowns and unreliable performance.

These two devices have a resolution of 240 by 320.It is a disappointing display in a world of AMOLED and IPS LCD displays. The messages and images would look washed out, and it wouldn’t play even average videos.

Other reasons that will compromise your experience include a small battery.1050mAh battery is nothing to brag. Some phones have up to 4000mH juices that will keep it powered for two days.

These two phones are decent phones with a reliable performance. They just don’t stand a chance in today’s world.