How much does guardian ipad subscription cost

Office for iPad is free, but it'll cost you 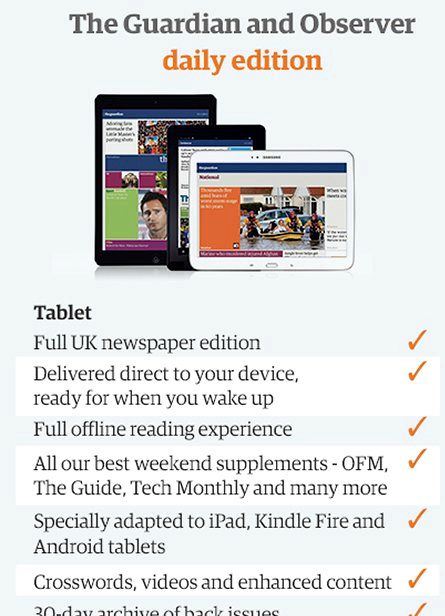 The newest members of the venerable Office suite include three apps (Word. Excel. and PowerPoint ) and our own Mary Jo Foley laid out what you get for free and what'll cost you. You can open Office documents for free, but creating and editing them requires a paid Office 365 subscription.

Office 365 comes in a number of flavors: Business plans that include the iPad apps cost $12.50 to $15.00 per month and Home Premium (five desktops and five tablets) costs $9.99 per month. You can compare all the plans here . The least expensive mainstream option will be the  just-announced Office 365 Personal plan, which costs $6.99 per month or $69.99 per year, but it won't be available until some time this spring.

Educational users get a huge discount with Office 365 University. which costs $79.99 for four years (or $1.67 per month) for qualified individuals. Perhaps the best deal is one that our own James Kendrick discovered. starting tomorrow, Microsoft is offering free one-year Office 365 subscriptions to the first 50 iPad users that walk into a Microsoft Store  (here's the store locator ).

I'm not a fan of paying for software by the month and I'm even less of a fan of iOS apps that only work if you subscribe, and the new Office apps continue a troubling trend. Subscription software is one thing (Adobe opened the flood gates with Creative Cloud in 2012) but limiting the functionality of apps to subscribers is nothing more than a money grab.

Sure, Microsoft is a business with a responsibility to increase shareholder value, but would it have killed it to have, say, priced the apps at $10 each? That's what Apple did with Pages. Numbers and Keynote for iPad. (iWork are iLife are now free  with the purchase of a new Mac or iOS device).

I realize that it's a matter of self-preservation for the software monoliths and that they're just trying to stay solvent by squeezing monthly fees out users for the privilege of licensing its wares, but it doesn't mean that I have to like it. It's especially off-putting to have to pay monthly for software that I might not even use every month.

For Microsoft, it's all about business users. as Mary Jo Foley deftly points out. Rather than settle for a one-time $10 per app (like Apple does) Microsoft would rather "get recurring subscription revenues from iPad users who might need Microsoft Office—and nothing but Office—in order to insure full document fidelity at work." But the most sage part of Foley's analysis is that Microsoft wants to "get users hooked on other cloud services, like OneDrive cloud storage, the Windows Intune device-management service and Azure Active Directory Premium." I couldn't agree more. In fact, there's a bona fide possibility of Microsoft "halo effect" with 365.

Large companies aren't always early adopters when it comes to installing the latest version of software, many opt for a more conservative "wait for the first Service Pack" approach. So, how many enterprise customers have Office 365 licenses currently? Microsoft says over 15 percent of the Exchange installed base is now on Office 365. but that's only the mail side, which is available on all Office 365 subscriptions. Subscriptions that include desktop and iPad versions are more expensive . 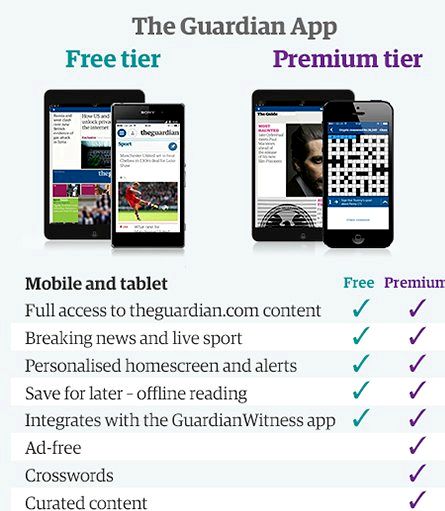 A generous estimate is that 7-8 percent of the installed base subscribes to Office 365. Which is exactly my point: Satya Nadella was serious when he called Office for iPad "the intersection of cloud and mobile." He's trying to lure more Microsoft customers onto its subscription platform and he's using Office for iPad as an incentive. Is this a harbinger of things to come? Will Microsoft move exclusively to a SaaS licensing model? Not in the near future (Microsoft's not as nimble—or as crazy—as Adobe) but the handwriting is on the wall.

What's your take on tablet apps that require a subscription?